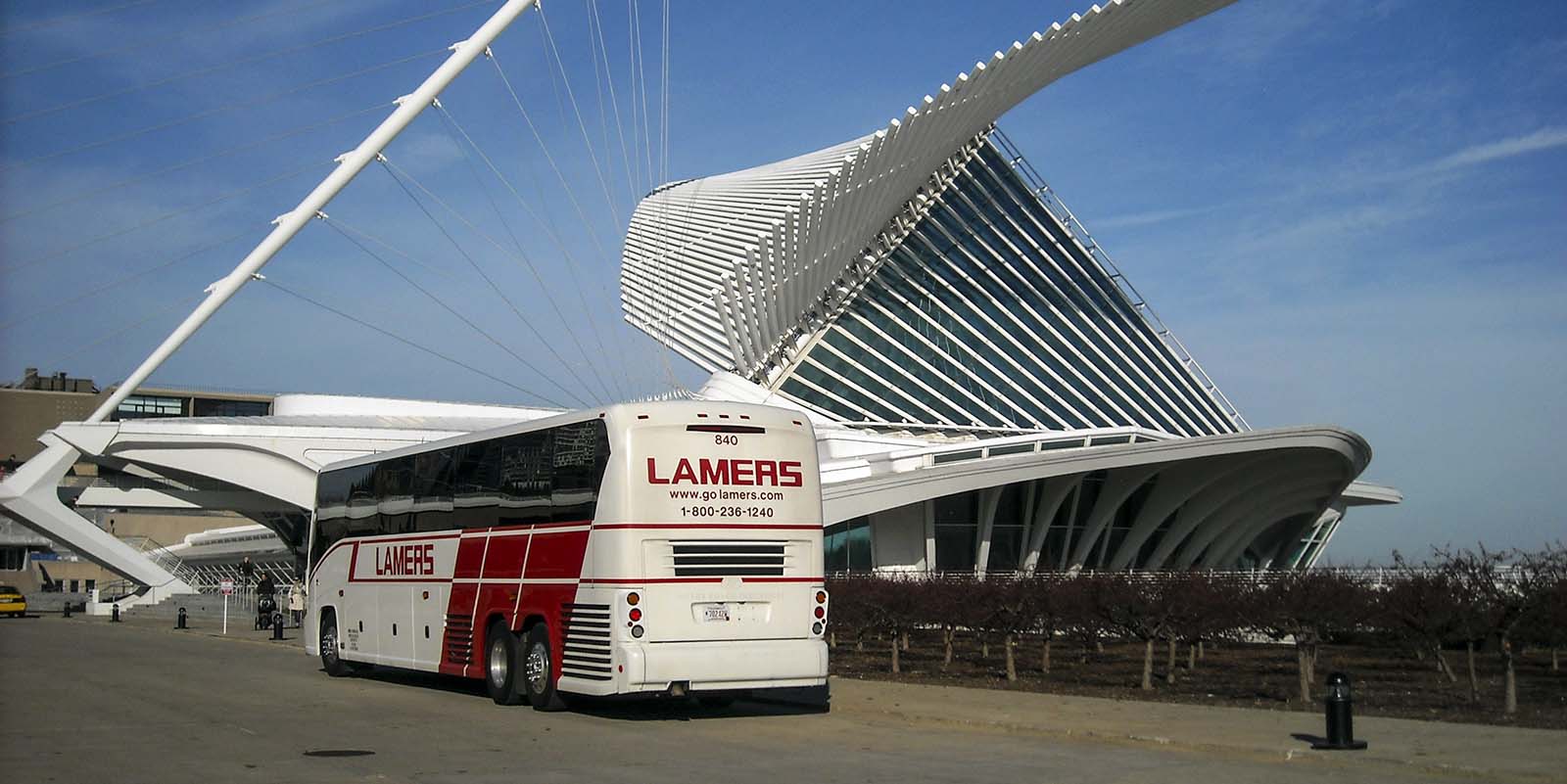 Most Lamers motor coaches you encounter look like this. They have the big, bold striping with LAMERS clearly written in reflective ruby red across the side. When you see them, you immediately know that we’re driving by. 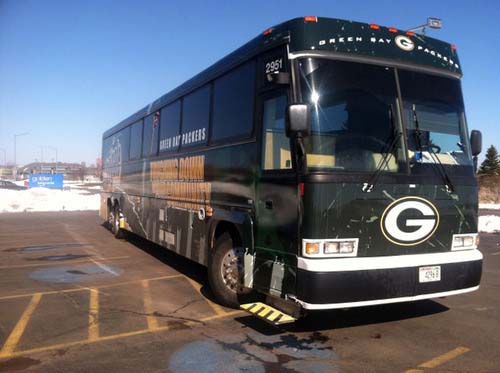 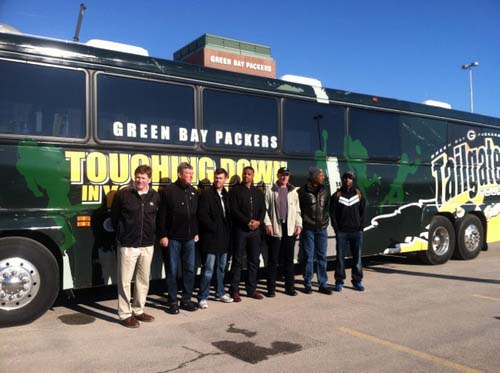 If you have been to the Green Bay Packers Tailgate Tour, you have seen one of our Executive Coaches, wrapped in the Tailgate Tour graphics, including the phrase “Touching Down in Your Community.”

Current and former Green Bay Packer players travel in the coach to communities throughout Wisconsin. This past April, we were lucky to have Packers President/CEO Mark Murphy, players Jarrett Bush, Brad Jones and Mason Crosby, and Packers alumni Paul Coffman, Lynn Dickey and James Lofton aboard the coach. 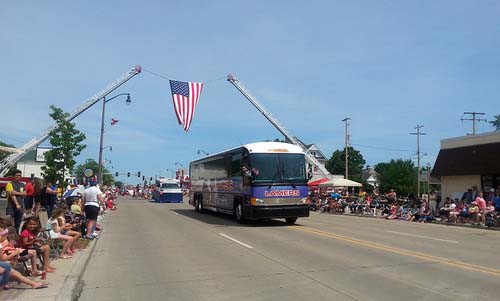 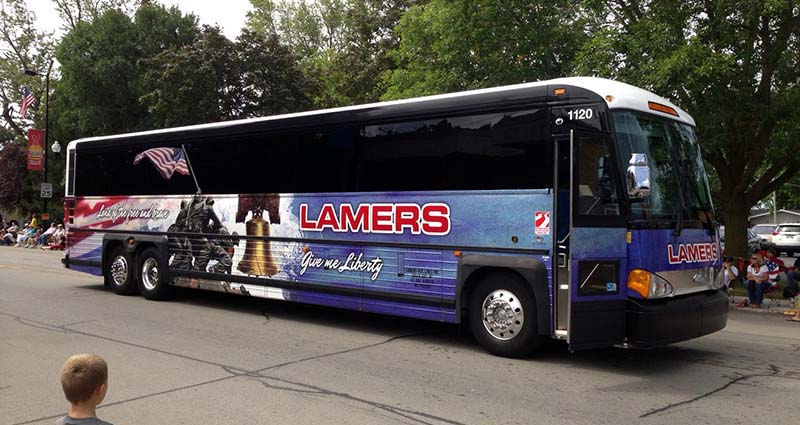 Give Me Liberty Coach

This permanently wrapped coach always catches attention while driving, which is why it is one of our most popular to feature in parades. This liberty coach features waving flag graphics and images of the Liberty Bell and US Marine Corps Memorial (also called the Iwo Jima Memorial) with the phrases “Land of the Free and Brave” and “Give Me Liberty.”

This motor coach is our way of saying “Thank You” to the men and women who have served our country. Every day on the road we show our gratitude to our armed forces. 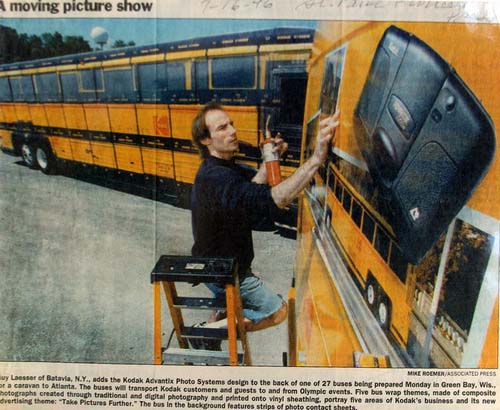 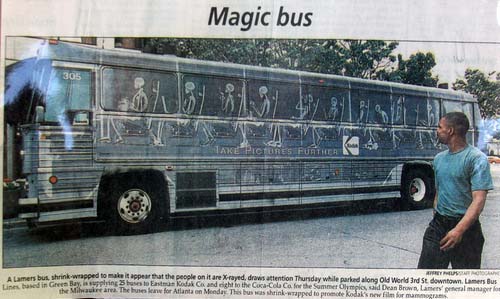 In 1996 the Eastman Kodak Company hired 27 of our motor coaches and Coca Cola hired eight coaches to head to Atlanta for the Olympics and transport customers and guests, which got us some national attention with these unique wraps.

Pictured are two of the five different Kodak wraps on our buses – highlighting photo contact sheets and mammogram x-ray film. 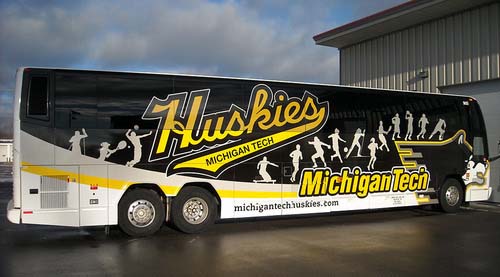 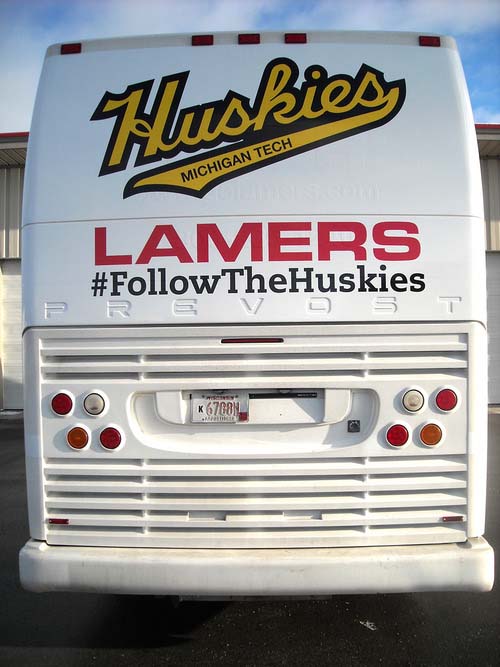 “This is something we wanted to do for our student-athletes, fans and University,” said Les Cook, Michigan Tech’s Vice President for Student Affairs when the coach was first revealed. “We wrapped the vehicles our recruiters drive for admissions and received tons of great feedback from that. This is going to be on a much larger scale.”

Michigan Tech teams log thousands of miles annually on charter buses, usually having to travel longer distances from their home base in Houghton, Michigan. Photos of this unique coach show up on social media quite frequently, due to Michigan Tech’s hashtag campaign #FollowTheHuskies. 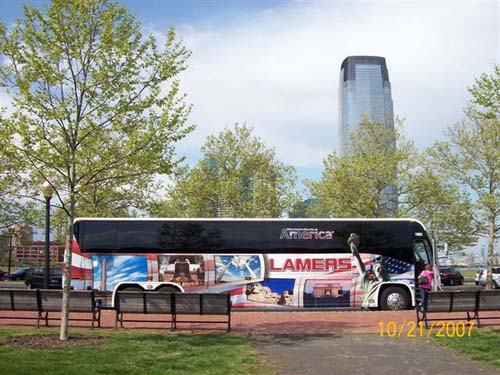 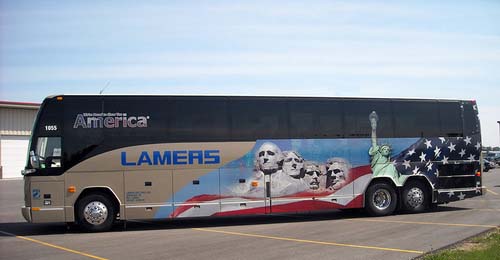 We’re Proud To Show You America®

Over the years we’ve highlighted great U.S. travel destinations on our coaches. From the Statue of Liberty to the Golden Gate Bridge and everywhere in between, we’re excited to be able to show groups all the great places to see in America.

Want to explore with us? Check out some of our tours departing in 2015. 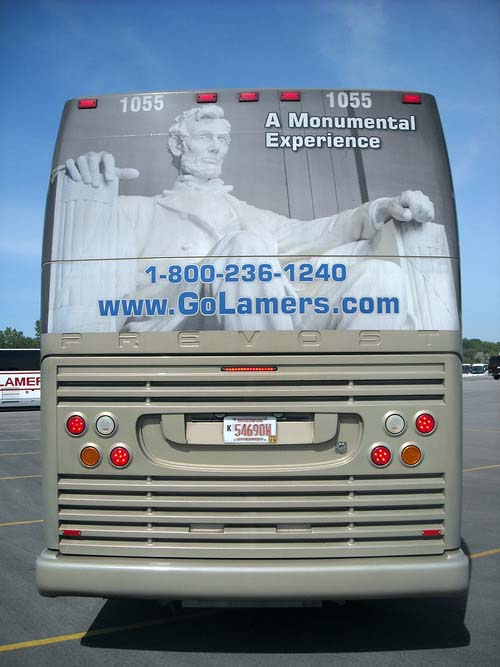 Make a difference in your community. Check out the current job opportunities at Lamers Bus Lines.